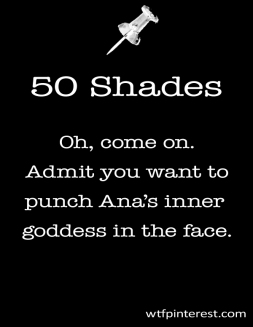 I hate to admit it but I caved to all the hype (with some nudging from friends) and decided to read (or rather attempt to read) “50 Shades of Grey”. While I can’t say I was as shocked as most people by the story (I really do use the word lightly as I could feel myself losing IQ points with every sentence), I was so irritated by yet another damsel hypnotised by a controlling narcissist.

I know the alarm bells should have been ringing in my head as soon as I heard comparisons being drawn to Twilight (another book I was coerced into reading and regret to this day). I thought however that I’d keep an open mind and this book may be different, which it was, the writing was even worse than Twilight, a feat I didn’t think possible, with exactly 5 lines of a story (this is no exaggeration, I know I’ve typed it up).

My problem with 50 Shades is not the BDSM, each to their own, but with Anastasia (way to ruin one of my top 10 girls names) Steele. As with Bella in Twilight, these girls start off as people I could like, going about things their own way but the minute some unfathomable “creature” comes about it’s all whininess and submission. Are they not even a little concerned about the stalkerish tendencies of these men, is it not just a little creepy that they are are around you at the drop of a hat and need to know what you’re doing at every second of every day? Granted when it comes to relationships, I’m on the other extreme of this scale, so this may annoy me more than the average woman but come on, this is not normal!

This brings me to the next aspect of these books that concerns me, the women singing songs of praise at book clubs around the world. By doing so, are you not feeding the belief that woman are a submissive gender that can be controlled by nothing more than good looks and sex? Yet these same woman will complain about gender discrimination in an instant – you are contradicting yourselves! Also, what are you teaching young girls (with Twilight not 50 Shades, or at least I hope not), that it’s alright for a man to be in total control of you and for you to succumb to his every need while ignoring your dreams and ambitions. Now don’t get me wrong, I’m not going all feminist, burn my bra on you, I do hold some very traditional views when it comes relationships, all I’m saying is the problem with “these girls” is that they support gender stereotyping and don’t really have much of a backbone which is something we should be shunning not encouraging.

Finally, if I have to hear “Naz just give it try. Read the book and you’ll be surprised, you’ll really enjoy it.” the next time a hyped up book like this is released, it may be grounds for termination of friendship. Just leave me to my “A Song of Ice and Fire”! 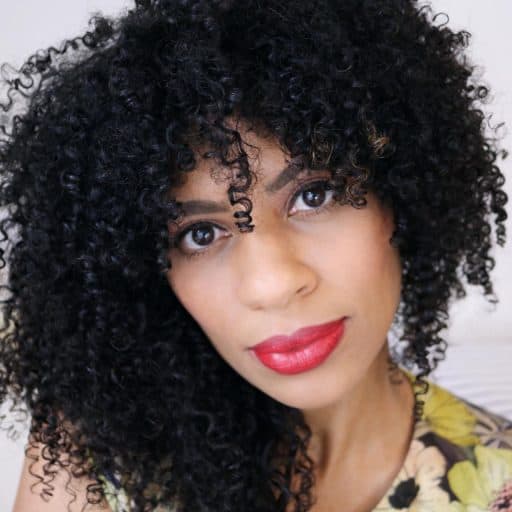 Petite Style and Beauty Blogger helping the everyday woman own her look with confidence and grace.

△ empowering people with the ideas, tools and resources they need to thrive △